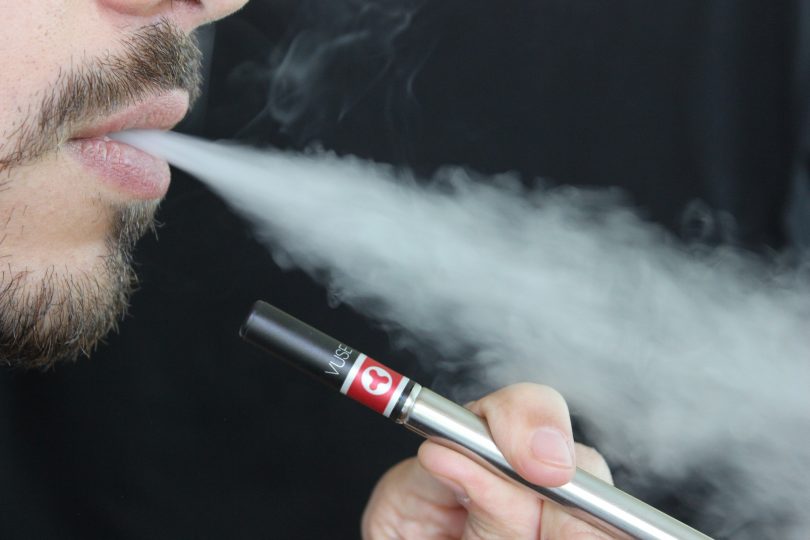 If you’re entering the vape scene, you may be bristling with questions.

The vaping industry was worth around $10 billion in 2017. With so many new vapers jumping aboard, it’s often easy to find more questions than answers. If you’ve already looked for answers online, you might also have discovered how deep the rabbit hole goes.

Don’t panic. For those new to vaping, we’ve answered 9 of the most common vape questions.

1. Is Vaping Better Than Smoking?

As so many people turn to vaping to escape the control of cigarettes, it’s no surprise new vapers ask this question so often.

The answer to this one’s a definite “yes”. Healthcare organizations around the world have praised e-cigs for combating the smoking epidemic. Even attempts to apply laws about antisocial vaping struggle in the face of the undeniable positive effect vapes have on public health.

Tobacco forms the single most devastating part of the traditional cigarette. This is the component responsible for smoking’s cancer risk. But vape juice contains no tobacco at all.

Nicotine remains the addictive part of both, but without tobacco in the picture, vaping wins this fight.

According to Public Health England, vapes are 95% less dangerous than cigarettes.

This statistic is at odds with public perception. Most people don’t realize that e-cigs are safer than smoking, despite the potential health benefits for smokers. Sadly, that means many smokers don’t think to turn to e-cigs as a method for combating their addiction.

While the nicotine contained in most e-liquid is addictive, but can’t be ingested in amounts large enough to cause lasting damage.

Some faulty or poorly-manufactured vapes have led to burns or fires. Incidents of harm from faulty vapes are rare and most vapes are safe. The potential for malfunction makes vapes no more dangerous than any poorly-constructed piece of equipment, such as a faulty kitchen appliance.

People vape for many reasons. It’s a soothing physical activity as any smoker who misses the action will tell you. It’s also helpful for those who want to quit smoking or reduce the negative health effects of smoking.

Some like the flavor or the social scene involved in vaping. For hobbyists, there’s a deep well of tinkering available, much like in the automobile scene.

These are just a few reasons, and you could find hundreds of potential answers.

There’s overwhelming evidence that vaping can help people quit smoking. Anti-vape activities have tried to paint vapes as a gateway drug to smoking cigarettes, but this perspective doesn’t hold much water. And that’s not pro-vape groups pushing an agenda — major healthcare organizations agree.

A huge number of vapers are ex-smokers who have managed to transition into vaping. By doing so, they’ve potentially improved their lifespans and quality of life, along with reducing their cancer risk.

First off, let’s clarify terms, here. There’s no “smoke” when vaping, only liquid vapor. Smoke contains particulate matter from the burning substance. In the case of cigarettes, that means tobacco — bad news for everyone nearby, along with the smoker in question.

The risks of second-hand (or “passive”) smoking are clear. At present, there’s no clear evidence that vapor from an e-cig causes health problems. They do have the potential to decrease indoor air quality, but they share this trait with other aerosols and even burning candles.

Compared to, say, the fumes from passing cars, their contribution appears to be negligible.

6. Can Vaping Make You Sick?

Vaping doesn’t cause nausea by itself, but there are reports of people getting sick from vaping. So what’s going on?

Nausea resulting from vaping is actually a symptom of a nicotine rush, with similar effects to drinking too much caffeine. Nicotine rush doesn’t lead to any harmful long-term effects. It simply suggests indicates that the user isn’t used to the level of nicotine they’re taking on board.

If you’re vaping in moderation or not using nicotine e-liquid, vaping is unlikely to cause feelings of nausea.

It’s true that vaping does have an up-front cost associated with it. It’s also more expensive than not vaping or smoking at all, as expected of any hobby.

Despite the up-front cost, vaping can save money in the long run compared to smoking. A pack-a-day smoker moving into vaping could save thousands of dollars per year.

With refillable tanks, vapers also have the option to buy e-liquid refills instead of a new e-cig. A vape’s tank can last for over a week for average smokers, which can save a lot of money over time.

The word “e-liquid” sounds a little like the stuff of science fiction, which might be why the name alone seems to produce irrational fears.

One of the principal ingredients of e-liquid is water. Vegetable glycerin and propylene glycol make up 90% of the vape liquid. VG is a vegetable product that thickens the fluid, while PG is a common ingredient in food flavorings.

Food-grade flavorings give e-liquid its flavor. Despite scare-monger claims that vapes contain unknown chemicals, their composition is quite straight-forward.

“Modding” in vape terms refers to the enthusiast’s way of customizing their vape. It’s the tinkering of the vape world.

Modding takes a huge number of forms, and people mod for many different reasons. They can mod for aesthetic reasons like larger smoke rings, or mod for enhanced flavor and a higher tank capacity. Modding is a deep rabbit hole, so you’ll want to gain some vape experience before diving in too deep.

A “mod” as a noun also refers to e-cigs designed for this kind of customizability.

New to Vaping? Your Questions Answered

Our answers to these 9 popular vape questions should help you out if you’re new to vaping. With these answered, we recommend diving into the scene to learn more. We’ve only scratched the surface here.

Want to learn more about vaping? Be sure to visit our blog.