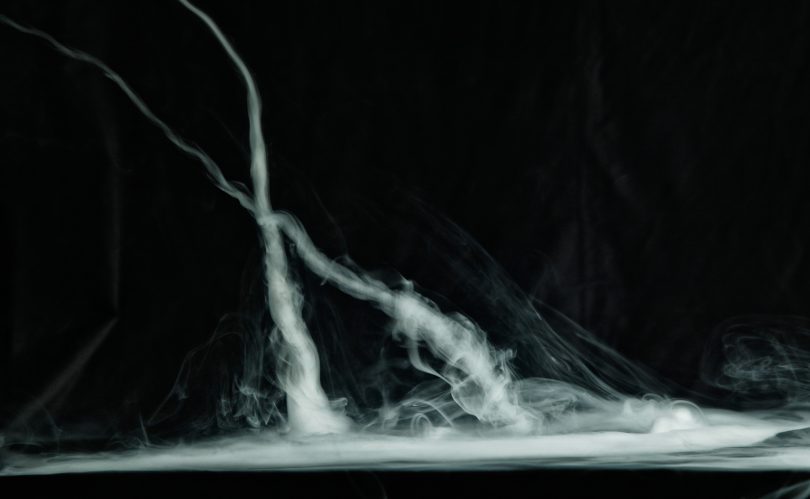 Nicotine has been a hot-button topic across the world for a long time. From hundreds of anti-smoking television advertisements to required large warning labels on tobacco products, everyone is trying to warn the general public about the harmful effects of the chemical nicotine.

By definition, nicotine is a toxic colorless or yellowish oily liquid that’s found in the smoke of tobacco products. Consumption of this chemical can cause an addictive habit, but in order to understand the true effect that nicotine is having on your body, it’s important to be aware of the amount you’re inhaling.

How Many MG of Nicotine in a Cigarette?

To start the discussion, let’s answer the age-old question: “How much nicotine is in a cigarette?”

The amount inhaled depends on a variety of different factors like the amount that you smoke, the environment that you smoke in, and your emotional state. But, the average amount of nicotine inhaled per cigarette is 1-2 milligrams.

When you smoke a cigarette, the nicotine hits your body quickly; it only takes 10-20 seconds for nicotine to reach the brain when you inhale or smoke it. On the other side, it takes about 30 minutes for the nicotine from nicotine gum to start affecting the brain. But after the chemical reaches the brain, it affects you in a variety of different ways.

How Does Nicotine Affect the Brain?

Just as the amount inhaled varies from each person, the way that nicotine affects the brain varies as well. It’s one of the only chemicals that’s both a stimulant and a sedative. When nicotine enters your brain, it releases adrenaline.

This stimulates your body’s central nervous system, increases your blood pressure, and your heart rate. At the same time, the chemical can exhibit a sedative effect depending on the smoker’s nervous system and exactly how much nicotine they took.

Just like heroin and cocaine, nicotine activates the brain’s reward circuits and releases dopamine throughout the body. The surge of endorphins delivers a slight sense of euphoria; it’s a high that lasts less than the highs given by heroin and cocaine, which causes the user to want to use it more and more in order to maintain that short high. This makes the substance heavily addictive.

When a person’s nicotine levels start to get low, they start to become irritable and experience the early effects of nicotine withdrawal. With repeated exposure to nicotine comes an increased tolerance; this usually leads to the cigarettes that a smoker takes throughout the day becoming less and less strong. Although, since nicotine metabolizes quite fast throughout the body, their tolerance can reset the next day.

What Else is in Cigarette Smoke?

Nicotine may be one of the most well-known chemicals in cigarettes, but it definitely isn’t the only one. Cigarette smoke has 7000 chemicals in it, and 250 are known to be toxic. These include carcinogens, toxic metals, and poisons.

Carcinogens are considered to be any substance that can cause or aggravate cancer. Some carcinogens that are in cigarette smoke include benzene—which is also in pesticides and gasoline—and formaldehyde—which is a chemical that’s used to preserve dead bodies. Toxic metals have the potential to harm us when we inhale or ingest them. Arsenic—which is commonly used in rat poison—and cadmium—which is used in batteries—are both found in cigarettes.

Ammonia, carbon monoxide and hydrogen cyanide are all poisonous gases that can be found in cigarette smoke as well. It can be easy to forget about the chemicals that are in cigarette smoke, but it’s important to know what you could potentially be breathing in on a regular basis.

As you’re probably very aware of, smoking is a hard habit to break. Withdrawing from nicotine can cause many different unpleasant physical and emotional symptoms. Smoking affects the entire body from your brain to your blood vessels to your metabolism. When quitting it, it affects your body tremendously. Your body has gotten used to nicotine, and now it’s starting to crave it.

The first week is usually the hardest, and it’s often riddled with a bunch of negative physical effects including headaches and insomnia. After the first week of withdrawal, the physical symptoms will probably start to go away, but the emotional symptoms will stick around. This is the irritability, anxiety, and depression. It’ll probably take a couple of weeks before your body starts to get used to being without nicotine and getting back to its old self.

One of the biggest obstacles that ex-smokers often have to get past is the craving. This yearning for cigarettes is something that can take months to slip away. Withdrawing from nicotine takes consistency, resilience and bravery, but it often takes a long time for smokers to make that transition to a smoke-free life. A study published in the BMJ, a peer-reviewed medical journal, averages it takes a least 30 attempts at quitting smoking cigarettes before becoming successful.

Take charge of your body and make sure to do your research on tobacco products like cigarettes before choosing to make that a part of your lifestyle. In the information age, it’s important to be in the know.